Since 1923, when Alfred Hooper founded the company that bears his name, we have set the benchmark with our professional approach to the complexities of probate genealogy.

From 1969 Hoopers traded in his son's name, George B Hooper - with the founder's grandson Roger Hooper taking over stewardship in 1983 until his retirement in 2007. Since 1997 we have been best known as Hoopers.

Of course, the world into which it was born was a very different one to the world we live and work in. The Matrimonial Causes Act 1923 gave women equal rights in divorce to go with the right to vote many had received in 1918; helping to shape the fabric of modern society.

In eastern Europe the Union of Soviet Socialist Republics (USSR) was established and communism secured its place in 20th century history. The British Broadcasting Corporation (BBC) was granted a licence to broadcast, ushering in the new age of mass communication. The iconic Wembley stadium opened for its first FA Cup Final – the famous “White Horse Final” in 1923. In America Time Magazine hit the newsstands for the first time, Walt Disney founded his company and the first commercial motion picture with sound premiered in New York.

Alfred J Hooper probably wouldn't recognise the organisation to which he gave his name nearly 100 years ago, but we're sure he would be proud to know his values of dedication and tenacity live on in the service we offer to all of our clients.

The last century has seen empires rise and fall, seen an age of unparalleled advances and through all of this Hoopers continues to grow and prosper. With representatives worldwide, we have become a truly international organisation.

Our London-based team of researchers offer a collective wealth of expertise. This, matched with our great dedication to our work, means we are able to successfully resolve hundreds of intestacies each year.

Our network of friendly and highly-experienced Regional Managers are always happy to arrange a personal visit to your home, should you wish to discuss further details of your entitlement face-to-face.

With our long-established reputation we pride ourselves on our dedication to the task, maintaining friendly working relationships and, above all, delivering a quality of service to our clients that is unmatched in our field. 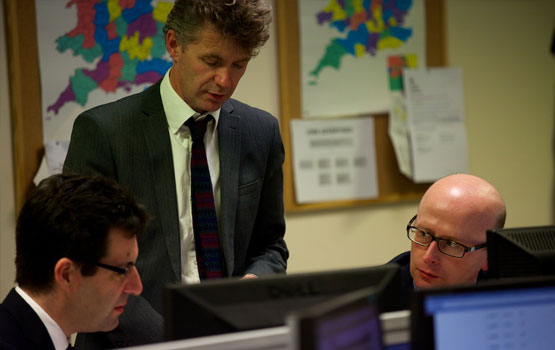